How Does A Composting Toilet Work

A composting toilet is a type of septic tankless system that uses bacteria to break down human waste into natural fertilizer. The composting process takes place in a sealed chamber where the waste decomposes naturally.

Composting toilets are becoming more common because they are environmentally friendly, cost effective, and convenient.

The composting toilet or composting sewer system can be as simple as a few buckets and a lid for collecting solid waste, and an airtight container lined with plastic sheeting. Other systems include tanks that collect liquid waste so it may be disposed of through traditional plumbing — or even poured onto crops as fertilizer.

This page will go through how they function in greater detail, as well as any advantages or disadvantages of employing them.

How Does It Work?

Like systems that compost kitchen scraps or animal manure, the end result of the decompositions of organic matter turns human wastes into humus-like substances. It is dry and mostly odorless and can fortify soil if used as fertilizer (if your local laws allow it).

Composting toilets are great for traveling or when you’re staying in a campground or RV.

The Deeper Understanding Of Composting Toilets And The Difference

Composting toilets are used by people who want to save money and energy. They can be used at any place, but they require electricity or gas. They are also used when there is no access to clean water.

They are safe because they do not hold pathogens. Slow compost toilets are different from pit toilets because the former doesn’t produce any compost at the end of life while the latter does.

Composting happens naturally in a pit toilet, but it requires more time than a slow compost toilet. Composting toilets are preferred because they’re more sanitary than traditional toilets. They also save water and prevent contamination of groundwater.

Active toilets are so named because they often have fans (to keep oxygen flowing) and heaters (to speed up decomposition). These appliances need electricity to run them.

Composting toilets usually include a starter culture to help break down organic matter quickly. This means that if you follow the instructions to maintain proper conditions, you’re much more likely to get usable, pathogen free compost from your toilet.

Location and frequency of use are key factors when choosing a composting toilet.

A remote campground would require a very frequent user because there will be many people using the toilet. An indoor bathroom would be easier to maintain than an outdoor model. Electricity is also needed for a toilet to work properly.

A compost toilet is similar to a flush toilet. Most composting toilets require you to sit on them to direct your waste into the toilet. Composting toilets are made out of plastic and wood. Sawdust is added to break down solid wastes. The resulting inert material can be used to fortify the soil by adding nutrients. 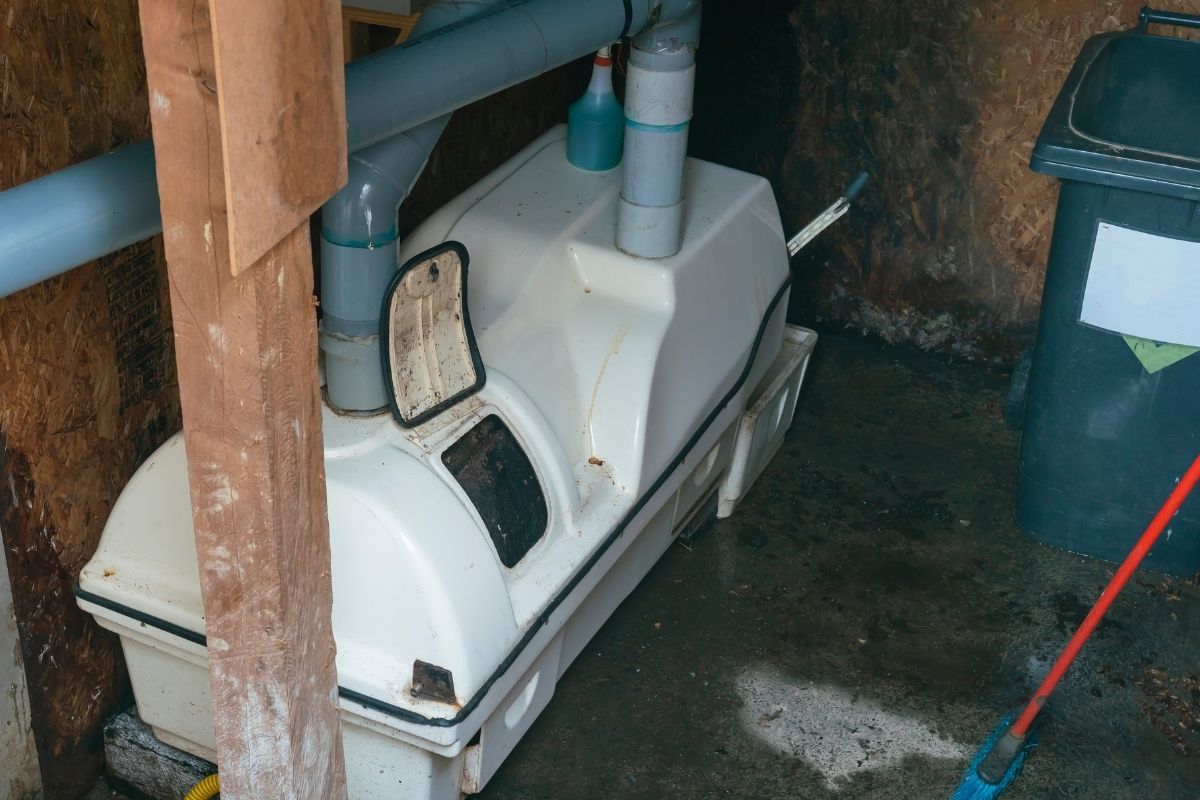 Composting toilets can store more than a hundred times as many gallons of human waste compared to traditional septic tanks. They take longer to break down the waste, but they’re less expensive to maintain and easier to clean up.

Composting toilets require work and maintenance. You’ll need to remove your compost regularly. Some users bag it and put it into the trash. Others use it as fertilizer. Toilets need to be cleaned regularly. Users should clean the unit after each use. Depending on how much you use the toilet, you may need to empty and wash it out more frequently.

Composting toilets use less water than flush toilets. This means that if you’re concerned about water usage in your house, composting toilets are the way to go! They also don’t need connection to a city sewage system or a septic system, which makes them much easier to install.

Composting toilets are great because they take care of waste without polluting our environment. Research shows that the more units you have, the easier it is to use. A big composting toilet takes less time to empty than smaller ones.

A composting toilet should be easy to clean and maintain. A fan-less model could be better than a regular model because it doesn’t use much electricity. However, there aren’t any other advantages over a regular model.