Camping is super fun, but there is one thing that can make your trip less enjoyable, and that is bugs. When you are out in nature, there are often lots of bugs, and they can quickly become a nuisance. Especially when they are bugs that bite.

If you have been camping before, then you might have noticed that a lot of bugs tend to find their way to areas of your campsite where you have lights. This might lead you to wonder if lights in your campsite actually attract bugs.

In this guide, we’ll be taking a look at whether, or not, LED light strips attract bugs when you are camping. So, if you want to find out more, keep on reading!

What Are LED Strips?

First things first, let’s take a look at what LED strips are. LED strips are something that you likely will have encountered in your lifetime. Even if you aren’t somebody who goes camping regularly. LED strips are a type of strip light that are lit up using LEDs. Usually LED strips will come with adhesive backing, which is why they are so commonly used in camping environments.

A lot of people who are avid campers choose to use LED strips to light up their tent during the evening/night. Due to the adhesive on the lights, it is very easy to connect the LEDs to your tent, allowing you to easily fit the lights in areas where you need them. In short, they are widely used in camping environments because of their ease of use.

LED lights are able to produce huge amounts of lights, even though they tend to be very small. This is why they are perfect for camping in the wilderness, where there is very little artificial light. But, if you have used LED strip lights when camping before, you might have noticed that a lot of bugs tend to gravitate towards them. So, let’s take a look at whether, or not, the lights themselves are actively attracting the bugs. 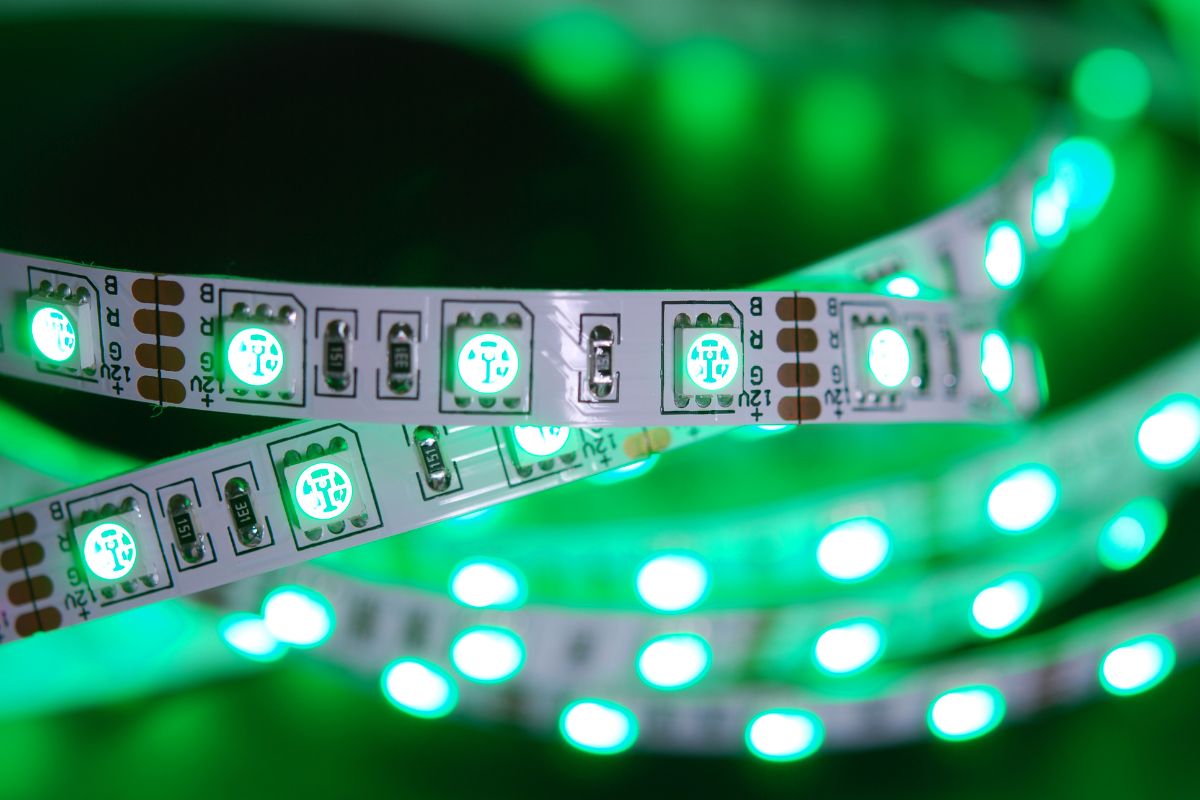 If you have ever used LED lights before, you might have noticed that a lot of bugs tend to gravitate towards the light. This might have led you to wonder if the LEDs themselves are actively attracting the bugs. So, let’s take a look.

Well, in general, yes, lights do tend to attract bugs. This is because it is easier for bugs to see some light than others. In particular, lights that release shorter wavelengths (such as UV, green and blue lights) tend to be easier for bugs to see. That is why you will often find lots of bugs gravitating towards blue lights, and UV lights. But what about LED lights?

LED lights are actually less attractive to bugs than the other lights that we have mentioned. This is because LED lights release longer wavelengths, and this makes them more difficult for bugs to see. They also don’t produce much heat, and it is the heat that also plays a big role in attracting bugs to light.

Why Are Bugs Attracted To Lights?

A lot of bugs come to life during the nighttime, and this is the reason behind one of the theories for why bugs are attracted to light. Many people believe that bugs use the moon to find their way on their journey. Essentially, they use the moon to orient themselves. This could explain why certain bugs, such as moths, tend to fly in wild circles around artificial light. Essentially, the bugs get confused, and orient themselves around the light, rather than the moon.

Another theory is that bugs are attracted to artificial lights because of the heat they produce. This could explain why bugs don’t tend to be attracted to LED light strips. A lot of lights produce a small amount of heat when they are running, including UV lights. If this theory is correct, it could explain why you tend to find a lot of bugs around UV lights, but very few around LED lights which emit little to no heat.

Are Spiders Attracted To LED Lights?

So most bugs aren’t attracted to LED lights. But, if you are interested in going camping, you might want to know if spiders will be attracted to your LED lights. After all, arachnophobia is a pretty common fear.

Luckily, LED lights don’t actually tend to attract insects. So, the chances of spiders being attracted to your LED lights is equally slim.

In short, no, LED lights do not attract insects. Generally, bugs are attracted to lights, but the main types of artificial lighting that attracts insects are UV lights, and lights that emit blue or green hues.

LED lights tend to produce a white light, which is why bugs don’t tend to be attracted to them. Likewise, LED lights do not produce much heat, which is also part of the reason why they do not attract insects.

Thank you for reading!