What Does Primitive Camping Mean?

Camping has long been a popular pastime. These days, though, camping has gotten a tad more luxurious than it used to be.

There are a variety of different ways to spend time outside in the world of modern camping, and many of them offer at least some of the luxuries you’d expect at home.

When you go glamping or RV camping, for example, you can expect to have clean water, electricity, and sanitation provided for you.

If you find that all these niceties somewhat defeat the point of camping in the first place, you’ll be pleased to know that there is an alternative.

It’s called primitive camping, and it means you’ll be properly cut off from the luxuries of the modern world and nearly totally immersed in nature. Another plus point, if you’re that way inclined, is that you get to get away from the crowds!

In this article, we’ll be discussing all you need to know about primitive camping. If that sounds like it would interest you, please read on!

What Is Primitive Camping? 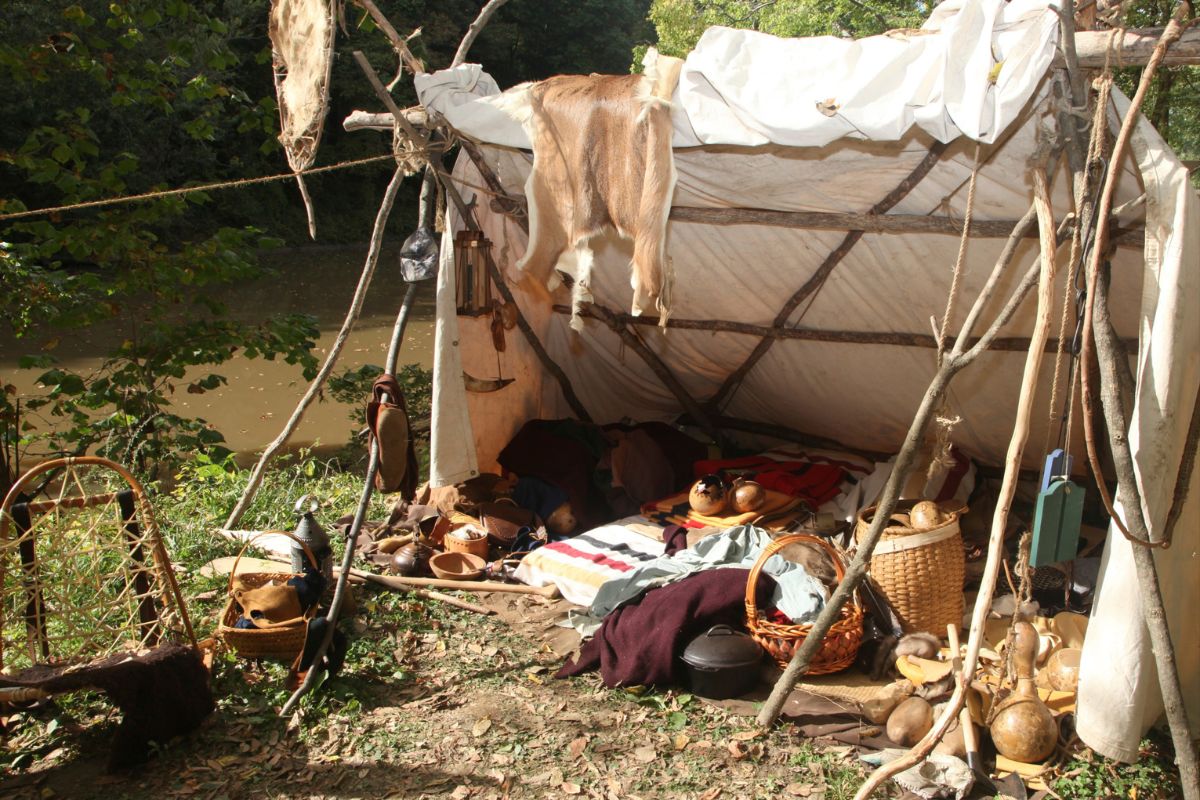 In simple terms, primitive camping is one of the most basic forms of camping. You’ll be without many of the amenities that come with modern life, like flushable toilets, running water, electricity, or cell phone reception.

That means you’re on your own, and you’ll need to bring all the basic necessities of life- like food, shelter, and water- with you on your hike.

Having said that, whilst primitive camping is a much more ‘natural’ experience than many other forms of camping these days, it does not necessarily mean darting off into the wilderness and setting up a pitch entirely of your own volition.

Most national parks and state parks offer designated primitive campgrounds. They are often deep in the backcountry, accessible only by lengthy hiking trails or off-road dirt tracks.

That doesn’t mean, however, that primitive campgrounds are totally without any man-made improvements.

Many include a specially cleared pitch for your tent, a designated fire pit or fire ring, and sometimes if you’re especially lucky, potable water. You might even get a picnic table!

Let’s get one thing straight- there is no right or wrong way to go camping. If you prefer the comforts and amenities that staying in an RV provides, that’s absolutely fine.

You’re still getting yourself out into nature and disconnecting from the constant pressures of modern life, which will be a revelation for your health, both physical and mental.

Having said that, some people like to go that one step further and completely disconnect. Primitive camping is a great way to do this, as you’ll get to enjoy a kind of peace and quiet that is rarely available in the modern world.

Not only will you be immersed in nature, you’ll also be away from the general hubbub of big campsites, including big RVs and their generators.

Primitive campgrounds, by their nature, are not particularly accessible. That’s part of the appeal, of course, as you’ll be getting away from the crowds, but you’ll need to bear it in mind as you plan your trip.

Many primitive campgrounds scarcely look like campgrounds at all, consisting of only a few pitches strewn widely across a patch of forest or woodland, and with no discernible central access point.

If you’re intending to reach your chosen primitive campsite by car, van, or RV, it is probably worth checking out the access before you go.

Some sites are so remote that they may only be accessible on foot or by boat, whilst others will be located along dirt tracks that won’t be on any map apps and will certainly test the off-road capabilities of your vehicle.

The key to enjoying a refreshing primitive camping experience is to do your research beforehand.

As we’ve already noted, not all primitive campgrounds are created equal, so in order to know what to bring you’ll have to ask a couple of questions.

Primitive camping requires you to bring almost all of the basics of human existence with you.

Shelter in the form of a tent, a sleeping bag, something to sleep on like a roll mat, and either drinking water or a water filtration device.

Just these basics would keep you alive for a few days, but to actually enjoy yourself you’ll need to bring a few more things.

Something to eat (unless you fancy yourself as a hunter-gatherer), a small camping stove to cook on, and a headlamp/ torches for providing light.

You’ll also really thank yourself for bringing toilet paper for when you need to heed the call of nature, and, as a personal tip, bring a pillow.

Even just a small camping pillow will make for a significantly better night’s sleep than one without it.

We hope that you have enjoyed our article on primitive camping. It certainly isn’t for everyone, but if you are the kind of person who likes to rough it a bit and survive on your own steam, it might be a great option for you.

If you do choose to give primitive camping a try, we hope that some of the advice in this article will prove useful.